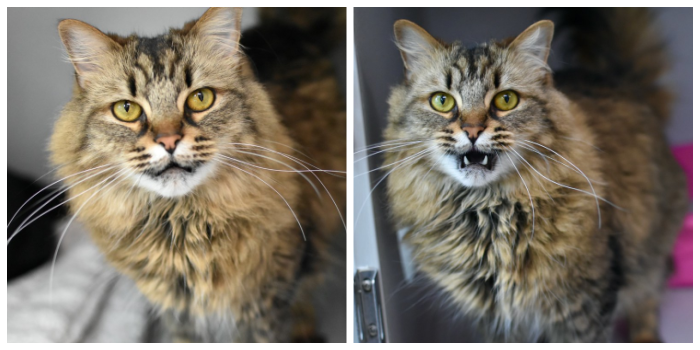 Odysseus first came to Good Mews as a kitten in 2019, and was adopted out with his sister Lunda, but they have both been returned recently due to their owner being unable to care for them. Odysseus is less shy than his sister, acting much more like a love-bug, with lots of face-marking and soft head-butts, usually walking around happily with his tail up, or sprawled on his side, purring and inviting you to pet him. He seems to take to new people instantly! His previous owner mentions he's a big snuggler, and will follow you around. He's also rather quiet, so you may have to seek him out first but then he's ready for love. He has a huge, majestic tail floof, which he dotes around proudly a bit like a peacock! Odysseus and Luna are a bonded pair so they must be adopted together!

Odysseus and Luna are a bonded pair so they must be adopted together!

My Buddy’s Name is: Luna
Read about our Two-Fur-One adoption program.